Classic 7 Business Park is one of the most interesting office complexes in Prague. Both professionals and the general public appreciate its harmonious combination of history and modernity and also the respect given to the location and its existing buildings. The dominant feature of the complex is a former steam mill dating back to 1911 that has been sensitively renovated and a modern office space with a unique atmosphere was created here. The developer – AFI Europe Czech Republic – and CMC Architects – managed to combine the industrial architecture of the early 20th century with modern elements and the latest technology, creating a unique and timeless space.

The third and final phase of the project, Building M, was completed in spring 2016. Building M offers 6,500 sq m of rentable space and more than 90 parking spaces in underground garages. The construction project also included some modification to the outdoor areas, which were completed with the view of being compatible with the existing landscaping from the first and second phases. An enclosed area with an inner atrium and relaxation zones was thereby created, not only for the tenants of the complex, but for the general public as well. 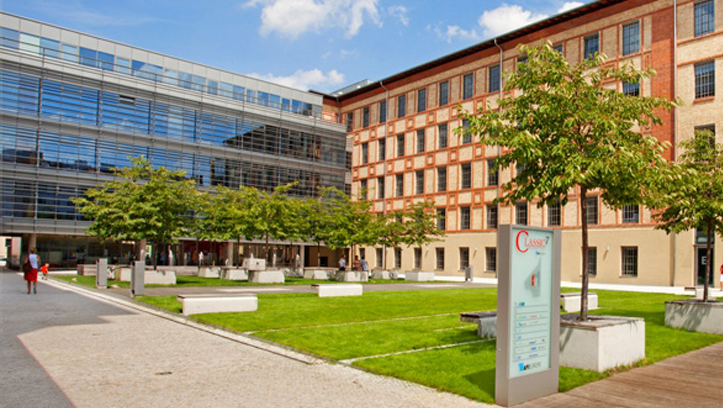 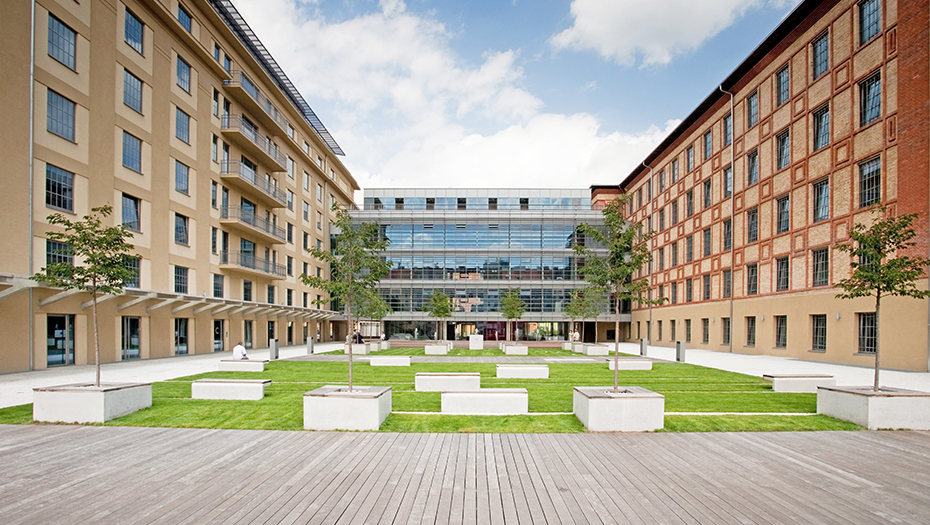